History of Baseball in 100 Objects

Home / History of Baseball in 100 Objects 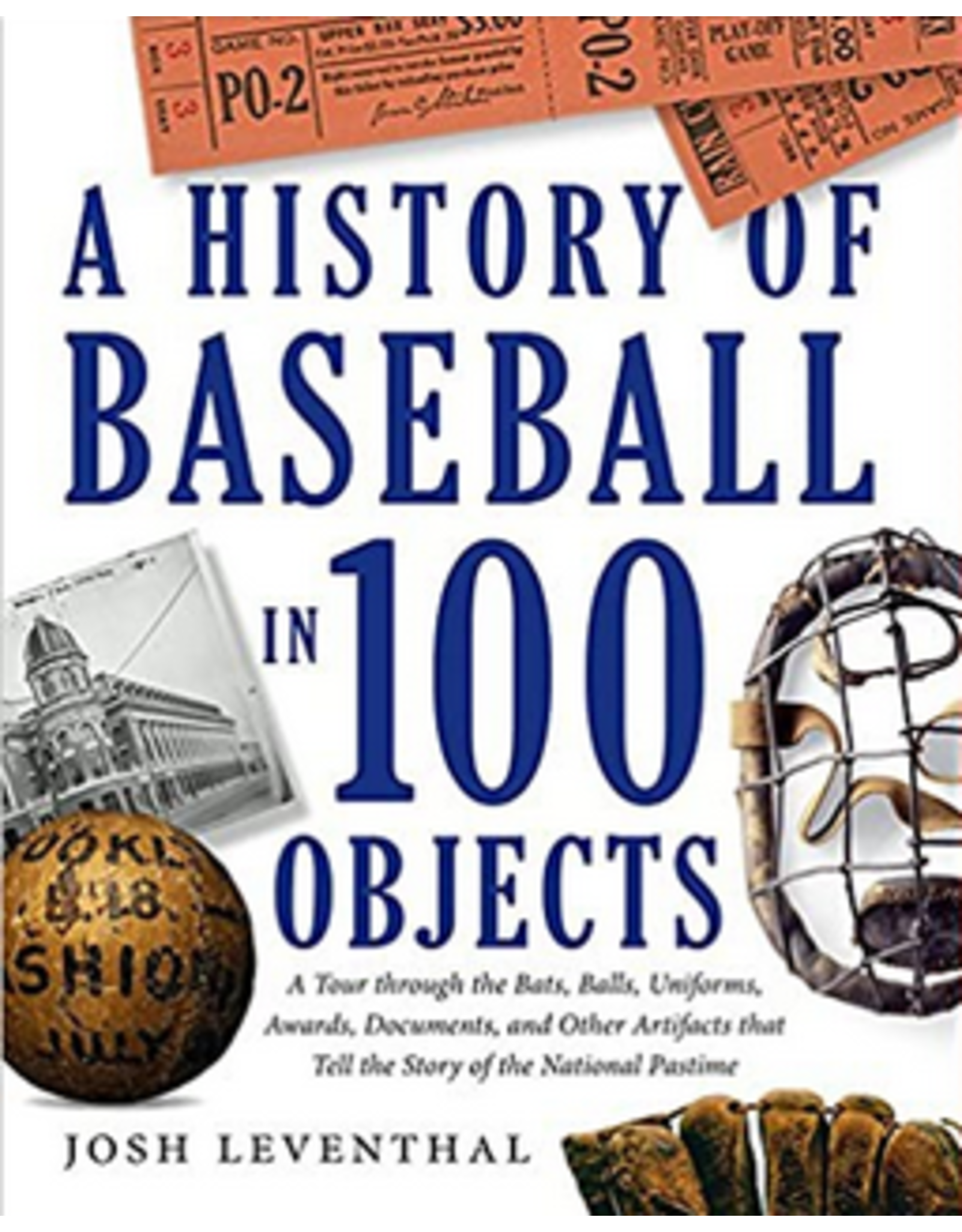 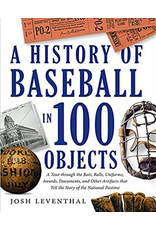 The only book of its kind to tell the history of baseball, from its inception to the present day, through 100 key objects that represent the major milestones, evolutionary events, and larger-than-life personalities that make up the game

A History of Baseball in 100 Objects is a visual and historical record of the game as told through essential documents, letters, photographs, equipment, memorabilia, food and drink, merchandise and media items, and relics of popular culture, each of which represents the history and evolution of the game.

Among these objects are the original ordinance banning baseball in Pittsfield, Massachusetts, in 1791 (the earliest known reference to the game in America); the "By-laws and Rules of the Knickerbocker Base Ball Club," 1845 (the first codified rules of the game); Fred Thayer's catcher's mask from the 1870s (the first use of this equipment in the game); a scorecard from the 1903 World Series (the first World Series); an Underwood Model No. 5 typewriter (the role of sportswriters in building the national pastime); Babe Ruth's home run crown, 1921 (the emergence of the long ball); Pittsburgh Crawford's team bus, 1935 (the growth of the Negro Leagues); Jackie Robinson's Brooklyn Dodgers uniform, 1946 (the breaking of the color barrier); a ticket stub from the 1951 Giants-Dodgers playoff game (one of baseball's iconic moments); Sandy Koufax's Cy Young Award, 1963 (the era of dominant pitchers); a "Reggie!" candy bar, 1978 (the "Bronx Zoo" and the fire-agent boom); Camden Yards (the ballpark renaissance); and Barry Bond's home run helmet, 2007 (the age of Performance Enhancing Drugs).

A full-page photograph of the object is accompanied by lively text that describes the historical significance of the object and its connection to baseball's history, as well as additional stories and information about that particular period in the history of the game.