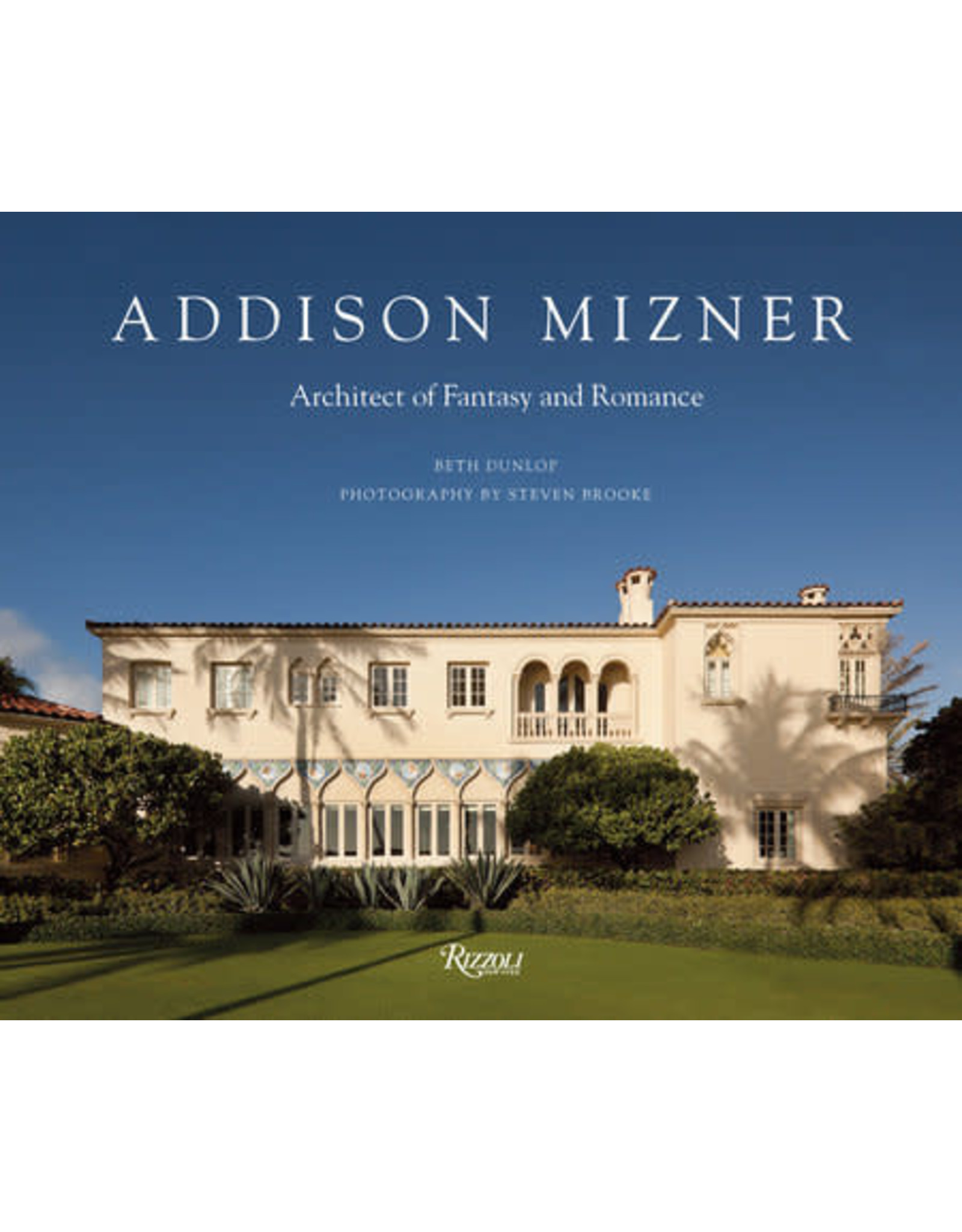 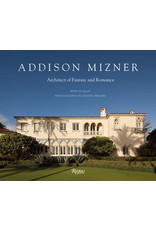 Addison Mizner: Architect of Fantasy and Romance
Written by Beth Dunlop, Photographed by Steven Brooke
The work of the acclaimed designer of villas in Spanish, Moorish, Venetian, and Mediterranean style, in all-new color photography.

The go-to architect for the Jazz Age elite of South Florida and beyond, Addison Mizner created a new architectural style and a new lifestyle for the wealthy and socially prominent of Palm Beach--America's preeminent winter resort town of the time. Building mansions, clubs, hotels and apartment houses with a bent toward fantasy and romance, Mizner established a design vocabulary and tradition that to this day influences architects, designers, and builders. Evocative of old Spain, Venice, and the Moorish capitals of Granada and Seville, Mizner's work is a dream realized: courtyards with fountains, trellises with climbing bougainvillea, arched windows, glazed tile floors, spiraling marble columns, expansive interiors with grand proportions.
This book explores Mizner's legacy through the extraordinary houses and other structures he built, including such storied homes as La Guerida, an 11-bedroom Spanish Revival mansion, best known now as the Kennedy Estate--the place where JFK he composed his Inaugural Address. Known for their beauty, opulence, fantastic detail, as well as the stories of those individuals who have lived or played in them, the houses and buildings of Addison Mizner stand as monuments to grand living and romance made in stone and iron, stucco and tile.
About The Author
Beth Dunlop is an Alicia Patterson Fellow writing about the environmental, cultural and architectural consequences of overbuilding. Her newest book, Addison Mizner: Architect of Fantasy and Romance, is the 29th book on architecture and design she has either written or co-written. Most recently she conceived, co-authored and edited the book, Heroes: A Tribute, an homage by the New York artist Doug Meyer to fifty important creative figures who died of AIDS, as well as The Tropical Cottage: At Home in Coconut Grove. She was a Pulitzer-nominated architecture critic for the Miami Herald for more than two decades. From 2011 to 2017 she was editor of Modern Magazine, which was a sister publication to ArtNews and Art in America, and before that, she was editor of HOME Miami, HOME Fort Lauderdale, and the online-only HOME Los Angeles and has contributed widely to prominent design and architecture magazines. A graduate of Vassar College, she divides her time between Miami Beach, Florida and Ipperwash Beach, Ontario.
Steven Brooke is a fellow of the American Academy in Rome and winner of the AIA National Institute Honor Award for photography. Based in Miami, he is the photographer for many Rizzoli books, including Historical Houses of Virginia and Miami Deco.